Memsense, under contract by the US Army's Aviation Missile Research, Development, and Engineering Center (AMRDEC), developed the sensor component for a tactical rocket retrofit package called the Trajectory Correction Kit ("TCK"). The patented sensor developed for this application is the Compensated Digital Gyroscope ("CDG").

The M-26 rocket used in the Multiple Launch Rocket System ("MLRS" - pictured here) experiences a coning motion upon clearance from its launch tube and platform. This coning has a substantial and deleterious effect on the rocket's accuracy at its downrange target.

In 2005, AMRDEC conceived a project to develop the Trajectory Correction Kit ("TCK") to be installed at the circumference of the tail of the rocket body to mitigate this coning. The TCK became a part of the MLRS retrofit program, which also involved making the rocket treaty compliant relative to its payload. AMTEC Corporation served as prime contractor for this project. 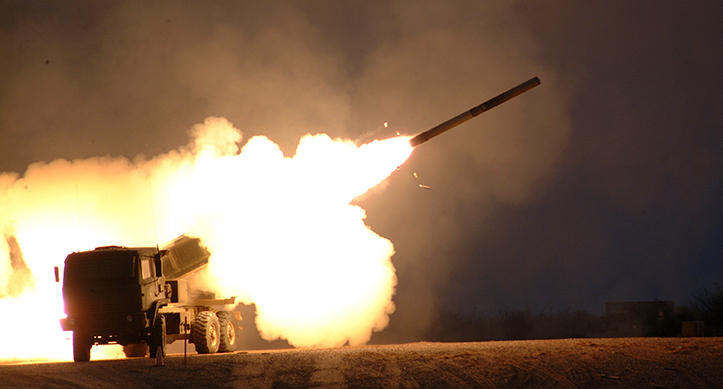 Due to its proximity to the rocket motor-the resultant heat and vibration, and limitations on the allowable physical profile within the TCK package, the sensor component was a particularly challenging aspect of the development program. AMRDEC approached Memsense with questions about the viability of a sensing solution, and subsequently engaged the company to develop the inertial measurement unit for the MLRS-TCK Project.

As a first phase of development Memsense delivered four Compensated Digital Gyroscope prototypes within six months to AMRDEC for evaluation. These first units were tested on the M-26 at White Sands Missile Range, New Mexico. The data generated from these flights more precisely characterized the service environment required of the CDG - intensity of vibration and acoustic noise due to the proximity of the TCK package to the rocket motor.

On the sensor component front, a robust isolated CDG with vastly reduced amplitude of corruption in gyroscope signals was designed by Memsense. This device proved to overcome vibration and acoustic corruption hurdles. Improvements were then integrated into existing M26 MLRS rockets and flown successfully at White Sands Missile Range and the WTD91 Range in Meppen, Germany.

Retrofitted rockets flew as foreseen, with the TCK delivering even better than predicted accuracy. Final flight tests were conducted at Meppen in September of 2010

The sensor Memsense developed for this application measures angular rate in three dimensions when mounted on the outside cylindrical surface of a roll stabilized rocket. The sensor measures rotational angular velocity in the roll, pitch and yaw of the rocket, while also gauging the axial and transverse accelerations from the rocket's movements (See illustration below).

The accelerations of the rocket motion are then used as inputs for correction algorithms yielding compensated measurements that are then transmitted to a flight computer to determine the correct transverse moment at which a specific energetic thruster is fired. Once a thruster is fired, the process begins again until all of twenty-eight thrusters on the circumference of the rocket's tail are discharged. The completed correction period takes less than 0.5 seconds.

U.S. Patent No. 7,938,004, entitled "Systems and methods for angular rate and position measurement," was granted on May 5, 2011. Memsense holds patent rights to manufacture the CDG.

The MLRS-TCK project has passed critical milestones. The technology package is complete, concept proven thru test flights, and a team that includes U.S. and German companies complemented by the Anniston Defense Munitions Center ("ADMC") has been organized to execute the retrofit program. Retrofit equipment architecture has been selected and is ready for acquisition/integration at retrofit sites - ADMC in the U.S., and at Maasberg in Germany. Retrofit processes and procedures have been established and are ready for verification once equipment is in place.

Large stocks of serviceable MLRS inventories are stored at ADMC and in Germany. Several nations that have MLRS launchers have expressed interest in acquiring retrofitted rockets. Prospects for the program are a function of the budgetary environment the United States and other NATO countries operate in.

Ready For Your Custom Solution?

Get in touch with our engineering team by filling out the form. Include key details of what your custom IMU solution requires and after evaluating your proposal we'll start the next steps for your custom performance engineering needs. 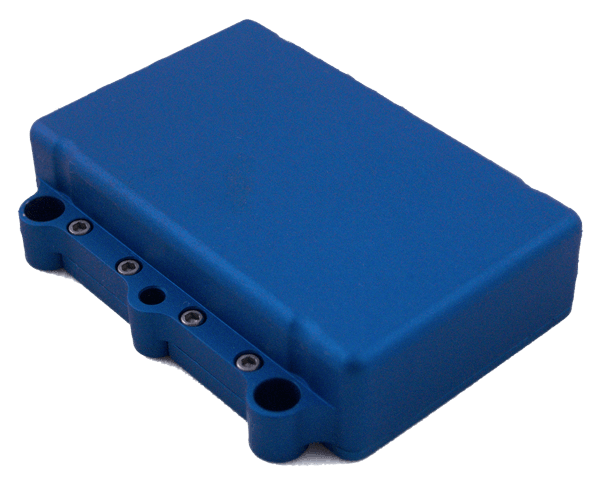